The new production by the Japanese Sankai Juku company presented at the Théâtre de la Ville as part of its “Hors les murs” season.

Founded in 1975 by Ushio Amagatsu, the Japanese company Sankai Juku (literally “mountain and sea workshop”) is a male-only company whose repertoire consists almost entirely of works written in the Butoh theatre genre. Butoh is a genre of Japanese dance theatre which came into being in the 1960s to express the trauma of a generation born in the post-war period which was affected by the defeat and occupation of their country, and by the tragedies of Hiroshima and Nagasaki in particular. In the context of Japanese culture steeped in centuries of tradition, which includes the flourishing of Kabuki and Noh theatre, Butoh offers a new, less codified and more individual approach to the outside world. It invites performers to act out their deepest suffering and most infectious happiness on the stage, which becomes a space for self-expression. Slow movements and naked bodies dusted with white powder are the trademarks of Butoh. The Sankai Juku company, which has been a regular visitor to France since the early 1980s, is treating us to a preview of its latest production. 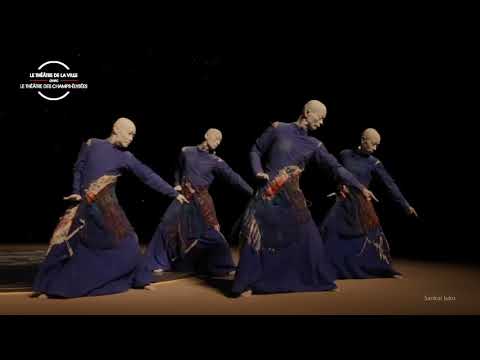